Two members of our staff talk openly and honestly about their own lived experiences of being Transgender. 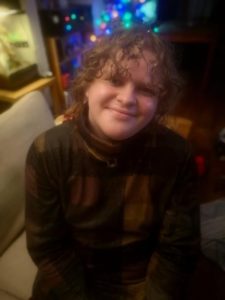 It took me over 20 years to realise I was transgender.

I remember the moment that I figured it all out. I was on the number 15 bus from Brundall to Norwich City Centre. Head down. Browsing my phone while I waited to reach my destination. Then, I saw a post from one of my favourite artists and it read: “Sorry for not posting as much recently. My life has been consumed by transition…”

My immediate thought was: “you can… transition?” The idea that someone could be transgender or realise that they were transgender and then take steps towards so alien yet so incredibly relieving. If you happened to be on the bus that cold November morning, you might’ve seen me hunched over my phone frantically googling “how do you know if you’re transgender?”, “what is gender dysphoria?” or “what does it mean to be called an egg?”

I felt like I could put words to my emotions and a term that I could use to describe myself – Transgender.

Before that, I never really saw transgender people. At best, it was a wordy definition in a textbook or at worst, it was a stereotype that I saw on movie screens. It took a simple yet magical moment for me to see the person. Nowadays you can see trans people on that big screen: Laverne Cox or Elliot Page – celebrities in a faraway place but not often in your neighbourhood or your place of work.

Even to this day, a part of me wants to be hidden. But then I think back to what that one moment of visibility meant to me and I hope that by being visible at NCHC, I can help someone else.

What you see is only half the picture 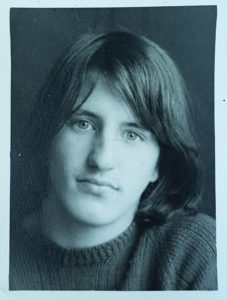 It goes pretty well without saying that major life events don’t happen in a vacuum.

It is commonplace practice to characterise them as staging posts of a journey.  As a transgender person, I have found that helpful, to an extent.  Misgivings arise when the focus is so often on the individual with little regard to their context.

For example – one of the elements that made my early transition especially hard was that there was so little support for my wife.  I had a ‘pathway’ and resources to help with navigating it, whereas she had a whole range of issues with which to grapple, largely on her own.

That reflection remains uncomfortable to this day, and perhaps because I began my transition at the age of 55, causes me to hesitate to see my life as having only meaningfully begun on 26th August, 2010, the day I legally became visible in my preferred gender role.

It rarely comes up in conversation, but it remains significant to me that I didn’t erase my previous identity altogether; changing my legal name from Leslie William Gawn to Ashley Leslie Gawn Williams.

When, in happier times, my wife and I took steps to produce a sibling for my step-daughter, Ashley was a prime contender – notably regardless of their gender – for naming our hoped-for child.

So the picture of me bravely emerging from a previous ‘half-life’ of sorts can be a very misleading one and, I suggest, all too easily accepted as the norm in the current trench warfare characterising some of the issues.

My growth, and my ability to identify visibly in a female role hasn’t and still doesn’t come cost-free.  It has been relatively painless for me, in our generally liberal context, but if I don’t acknowledge that my path didn’t just challenge assumptions, but also trod down some of the happiness and hopes of others, then I delude myself.

We don’t dismiss the pain of childbirth, and the subsequent adjustment required to all involved.  Why then, do we so readily laud the ‘new person’ that emerges from transition with barely a reference to what is discarded in the process?

Awkward considerations are not exclusive to adults.  Children who question their gender identity have, if they transition, far fewer physical issues to face (especially if puberty has been delayed) but unless there is a balanced and thorough examination of what has given rise to their discomfort, the disconnect between how they are assigned and how they identify will only ever be partially addressed for those close to them and, sometimes, for them too.

The Guardian newspaper, which I support, has done much in my opinion to publish a balanced range of views and the article above is specifically about the shortcomings of our medical approach to young transgender people.  I suspect very few of those I know amongst the transgender community will have read it, and this saddens me.  Closed minds don’t allow, in Christian parlance, much space for grace.

My faith encourages me to believe I am loved in a way that goes far deeper than who I present myself as – which is just as well, because what I see as a pragmatic approach has caused me to be branded as transphobic and persona non grata  by some – merely ghosted by others.

My very visibility has thereby become an issue.

Thus it has ever been with dissenters. 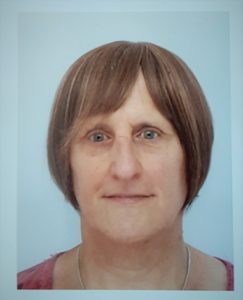